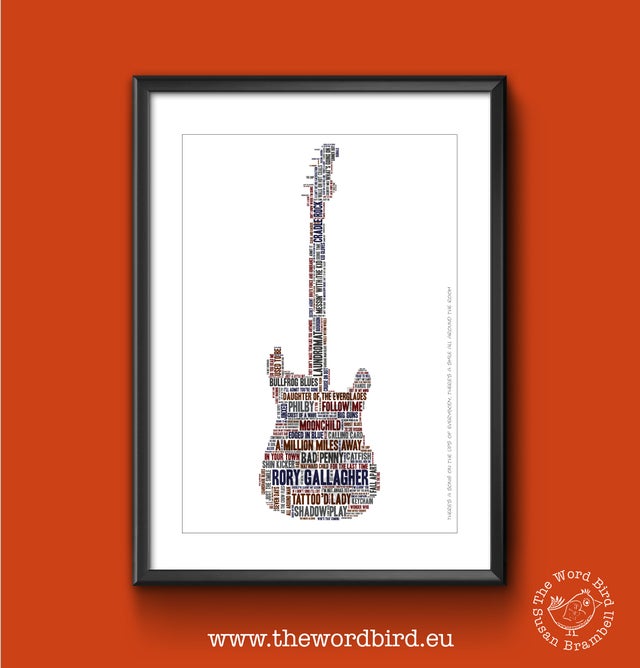 Rory Gallagher is widely regarded as one of the best blues rock guitarists of all time. At his peak he released 6 powerhouse albums in four years. Softly spoken he played a stripped down brand of blues rock that gained him international admiration. Best known as a guitarist he could also play the mandolin, saxophone and harmonica. He has a corner in Dublin named after him and every year a festival in his memory takes place in Donegal, the county of his birth. The silhouette in this print is a Fender Stratocaster and it holds the name of every track he played - 182 - that's one hundred and eighty two. That's a phenomenal output of recording for a man who sadly died 47.