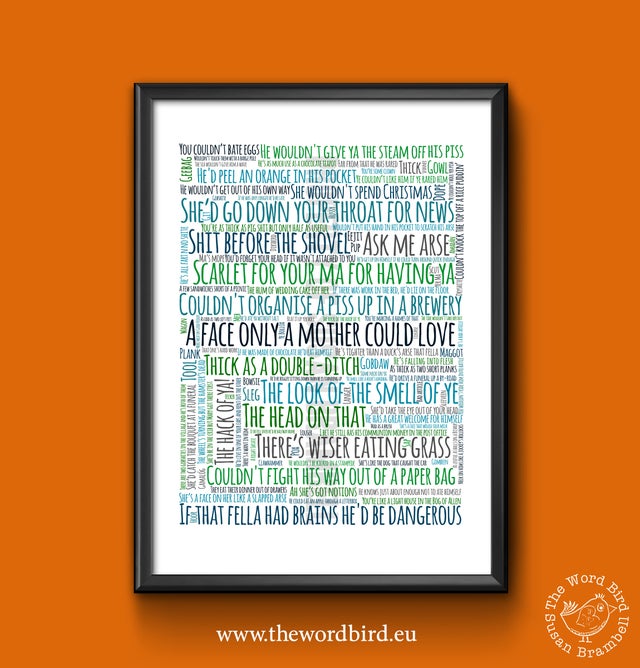 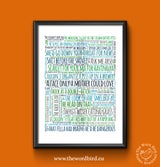 Years back now when I was making The Manky Map with a lot of my dad’s Irish sayings I took out all the rude ones and stored them away. Some time later he went on a bit of a rant about some gombeen who was as thick as a double ditch and wouldn’t even give you the steam off his...well, you get the gist. It was a lengthy tirade of colourful and cutting insults and sewed the idea for a print so rude it should only be hung on bathroom walls of those living far away. This A3 word art print by The Word Bird is called ‘A Face Only A Mother Would Love & Other Irish Insults’, and is sold rolled in a tube ideal for those living abroad:)